You are noble knights in service of Endremor. The war that has been raging for at least a century is nearly at an end, and you’re losing. After a year-long siege, the Durmellan army is now pressing the attack, with the four Sacred Lords at the helm. As a last ditch effort, your liege, the crown princess, has sacrificed herself to conduct a dark ritual that may drive Durmell back for a time. Hope is almost lost.

Each of you is in charge of 1d4+1 Squads. Every time you reach 0 Grit, instead of taking Flesh damage, reduce your Squads by 1 and reset your Grit. When you reach 0 Squads, you are considered to be the last person standing, and take any remaining damage as Flesh.

All soldiers have medium armor and weapons unless specified otherwise.

Gear bubbles can be used to alter the environment.

Mass combat is measured in Turns instead of Rounds.

Your goal is to survive 12 Turns.

You are led by the Chaos Prince, hailing from a far-off land with extensive military training. He is HD 7, has 3 Squads and wears heavy armor. If he falls, everyone must save or lose 1 Squad as morale lowers.

Intelligence says the four Sacred Lords are as follows.

Helena Sisyphus has the gift of foresight. Once per Turn, she can change the outcome of a roll against her to a failure. She is also the Chaos Prince’s ex. She rolls twice and takes the better result when attacking him.

Gavin of Endremor, the heir apparent, following the sacrifice of his older sister. The first time he loses his Squad, his assailant must save or lose 1 Squad as the revelation of treason demoralizes their troops. He is also a brutal fighter trained in Endremorian tactics. He can intercept nearby attacks for his allies. When he does so, his attacks deal double damage on a hit for his next Turn.

Elizabeth Alcrand, a powerful wizard, and the only native Durmellan Sacred Lord. At the end of each Turn while she is in combat, she casts a meteor shower, dealing Xd4 damage to all of her enemies, where X is the number of Turns she has been in combat.

Arnold Rausell, an exile from Heaven for destroying a precious memory. He is also a charismatic medic. At the end of each turn while he is in combat, all of the Lords gain 1d4 Grit.

All Sacred Lords are HD 7 and have 1 Squad. They will fall back each time they lose a Squad, but will return in 1d4 Turns.

This is a losing battle. If the players have any ideas that could help them win, let them do it. Tactically speaking, Helena will go straight for the Chaos Prince. Gavin will be behind her intercepting hits and focusing on the party, while Elizabeth and Arnold are in the back, blasting and buffing respectively.

Preparations are good for justifying environmental bonuses without using gear bubbles, so if the party has time, let them prepare. If this is a one-shot, start them with 35000 XP for character creation. 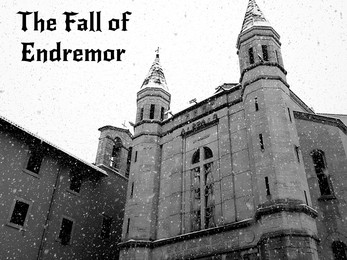